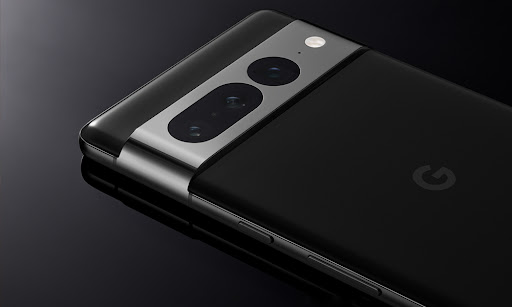 The Pixel 7 and 7 Pro feel like totally formed, improved versions of Google’s phones from the previous year. The new models have received several notable visual makeovers that make them appear more refined.

Given their capabilities, Google’s new phones are expected to challenge other smartphone market giants. Do you want to learn more about these devices? In this post, we will discuss some of the key features that set them apart from the competition.

This operating system has been around for a few months, so it’s not surprising that the Pixel 7 and 7 Pro arrive with it right out of the box. At first glance, Android 13 appears to be the same in both TELUS phones as it is in any other Pixel device that it supports. However, if you dig further, you’ll discover a slew of unique features that are unique to the Pixel 7 duo.

The Pixel 7 Pro, for example, extends the Call Assist suite with the Call Screen feature. There’s also the Direct My Call tool, which writes down business call listing settings, so you don’t have to memorize them all. The selections can now appear even before the answering machine has had an opportunity to read them to you.

Cameras remain the Pixel’s main attraction and make it easy to take professional quality photos in different settings and light conditions. The Pixel 7 and 7 Pro share the same 50 MP f/1.85 main cameras, though the 7 Pro includes autofocus and can function as a macro shooter.

And, the selfie camera on the regular Pixel 7 is already improved with the same 10.8-megapixel sensor as in the Pro version. Besides, they both include a 12 MP ultrawide camera as well.

Google pioneered the use of night mode, so it’s wonderful that the Pixel has enhanced this feature and is providing outstanding performance.

Night mode is speedier on both phones, which is another welcome improvement. Depending on the scenario, it can capture images up to three seconds faster than prior Pixel devices. In addition, users can now choose between two exposure lengths: standard and maximum.

Another new feature is Photo Unblur. This function detects any subject blur in photos and employs machine learning to provide a crisper rendition of the original picture.

The idea of enhancing old, fuzzy photographs is attractive, and it works somewhat. Overall, Google’s camera system is keeping up with the extremely tough competition. As a whole, the Pixel 7 and 7 Pro offer among the greatest cameras available on a smartphone for now.

This is a Pixel-only feature made eerily good by Tensor. It offers the basic recording features found in almost any voice memo software but also the ability to identify individual speakers while recording transcriptions.

With the press of a button, your audio clip is instantaneously converted to text. Having said that, this feature is a wonderful example of how Google’s software ability can contribute to an improved smartphone experience.

One of the finest features is that Pixel 7 and 7 Pro users get complimentary Google One VPN access. This feature offers secured access to internet sites, thus securing your online activities.

According to Google, the VPN employs “Protected computing.” This increases your browsing protection because it is technically impossible for others to trace your activity to you or any Google account.

With the Pixel 7 and 7 Pro, it is reasonable to conclude that Google has finally accomplished its smartphone ambition. Given the design, the latest Tensor G2 processor, and the cameras, you may not find a better Android camera phone series.